We use cookies to enhance your experience using this site.

with The Jordan B. Peterson Premium Podcast 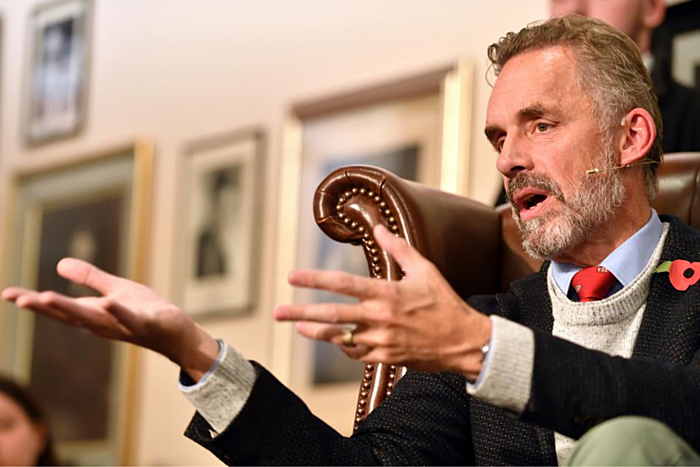 How do you explain what has happened to Ethan Klein?

Why has Ethan Klein turned into the very thing he used to mock? How does it make you feel that Ethan has done this? I used to follow Ethan and then I found your amazing channel and my life got much better so thank you. But it seemed as though I could see how bad Ethan Klein had become, what happened to him? How can we avoid falling into the same trap he has?

Life advice for a Schizoid individual

What advice would you give to a Schizoid in a large work environment? One where networking and interacting with large numbers of people is a basic requirement.

Requirements for having a discussion with you.

How notable does someone need to be to be on your podcast? To have you on theirs? If someone really wanted to, what would they need to do?

Question about sexual selection and morality?

Hi Dr. Peterson, I read a lot of your work on evolution, sexual selection, God, hierarchies, morality (playing the game.) I found this interesting website and quote and was wondering what your opinion on it was? The quote is "Morality is the pro-social mask of a selfish sexual strategy." Here is link to website for more of the social background: https://thepowermoves.com/sexual-conflict/

Dear Dr Peterson, I have been enrolled in your personality course. You mention once that it's curious how all the traits split into 2s. I was surprised with the wording because to me the split was somehow obvious. Scaling 97 on Openness and 97 on Intellect I have no idea when I am being smart, or just off track in my abstract world so I have been wishing to ask you for a while: Have you ever considered arranging the Big5 into 3 dimensions? Each containing 2 traits, each splitting down into a passive/defensive aspect and an active/offensive aspect. Action: Self-directed action in Consciensciousness, Community/Personal context directed in Agreeableness; Emotion: Obviously positive and negative emotion, given that Enthusiasm is the passive/reactive aspect of positive emotion; Thought: Openness to Experience is one of the traits with Openness as the active exploratory aspect and Intellect the computational and making sense part being the passive one. But then we would be missing one trait from under Thought, which I don't mind because I have been seriously missing the existence of Intent/ or Openness to Change from the model, and being a second aspect of thought is a perfect place for it i think. Looking at How people change instead of What changes in them could yield it's 2 aspects I think. I see people who are more sensitive to quasi transcendent experiences and can change a lot after experiencing them, and people who mainly learn from wisdom of some sort whether it is personal or cultural. Of course the absence of this trait is not so obvious because average people change relatively little but some people on the extreme ends experience much more change, or absolutely no capacity to change at all. I would really enjoy this idea being right because then we could say that our personalities have simplifications that can be projected into 3D space as a cube, where each trait defines a surface, each two aspects define a point on their own plane, and connecting the dots would yield a shape inside the cube.(i really want mine on a keychain xD) It would also indicate that once the basic dimensions of our world are established (Father, Son, Holy Trinity style) the same bifurcation pattern arises that is pointed out in symbolic creation stories. Personality typing would have to separate into researching the original traits(like Big5) and trying to find relatively common combinations of these traits that give rise to specific personality types (Myers Briggs). Because of the bifurcation it would be crucial to know which level of granularity one is looking at. So my question is. Am I crazy or does this really make sense? Because this idea makes so many things fall into place in my head.